I’m challenging you to diversify your news sources. It’s so important when we consume news about Indigenous people - or any marginalized group - that we hear the perspectives of the people being discussed. To start to diversify your news sources, read through the Indigenous media list that we’ve compiled and follow some of these media makers that you didn’t know before either online or in print. Share with us which voices you’re following that are new to you and link to some of their stories on your social media. Let us know if we left any awesome Indigenous journalists off the list that we should include!

We have put together a starter list of emerging and established Indigenous journalists, writers, storytellers, bloggers, podcasters and media organizations. We’re asking you to read through the list and subscribe to, like, and follow some of these Indigenous voices that you weren’t following before. We've provided you with their Twitter handles, but you can follow them on their blogs, Instagram, SoundCloud, publication or wherever they're putting out content! We’re asking you to diversify your news sources. It won’t take you long to complete this challenge but you’ll benefit from reading, listening to, and watching this content for years to come. Once you hear the perspectives you’ve been missing out on, you won’t be able to - or want to - tune them out.

Indigenous journalism has always existed; however, it has not always been taken seriously in Canada. Although we have always found ways to share stories and news with each other within our Communities, the dominant narratives of Indigenous Peoples in Canada were shaped in large part by the negative stereotypes and harmful myths that were created and perpetuated through the non-Indigenous news media. We, as Indigenous journalists, are continuing to challenge these negative narratives by sharing our own stories and the stories of the rest of Canada as well. Our voices will add to your understanding of this country and the 630+ Nations within it. Whether you regularly turn to Indigenous voices for your news, or you are new to this space, I’m asking you to look for emerging voices - or those that are new to you - to share with your networks.

People telling their own stories is powerful. It’s great to have allies working with us, but ultimately Indigenous voices need to be heard in stories like those involving the Gerald Stanley or Raymond Cormier trials, language revitalization, Muskrat Falls, Idle No More, climate change, and Canada 150 - whatever the topic, if the news is about us, we need to be involved in telling the story. Whether you already follow some of these Indigenous media makers or not, by introducing new voices into your news sources, you’ll gain richer perspectives and a greater understanding of some of the news that goes on in the 630+ Nations in Canada. Consider following Indigenous journalists local to you, or some that work very far away - use this as an opportunity to learn more about the country in which you live.

For so long in Canada, Indigenous people didn’t have a respected voice in media. We may have been featured in news stories as subjects, but we were often prevented from being the actual story tellers to mainstream Canada. We didn’t have the access, the exposure, or the resources it took to tell our stories, our ways, about our people to the rest of Canada. Instead, we had stories told about us. Some may been helpful, but far too many were harmful. Many of these stories created and perpetuated myths about Indigenous Peoples that live on today in comments sections all around the country.

But Indigenous people are breaking through in news media. We’re reaching mainstream audiences on mainstream platforms and we’re also creating more news sources that are by us and largely for us. Our voices never stopped, but they certainly weren’t being listened to. Now in Canada, we have Indigenous media-makers in all forms - we have amazing news journalists, tv reporters, podcasters, citizen journalists, bloggers, radio hosts, and others - who help to shape national, regional, and local conversations about Indigenous Peoples. There is no single “Indigenous voice” in media or anywhere else that you can turn to for your Indigenous news. I hope that you hear from a broad spectrum of Indigenous voices from all regions and all specializations. All of us are working to ensure that these local, regional and national conversations about us, do not happen without us. Make sure you’re taking part in these conversations by following and supporting Indigenous journalists. 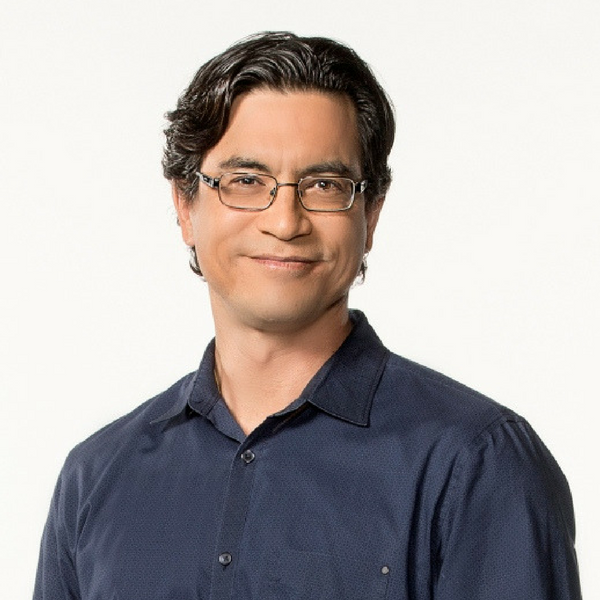 Duncan is the host of CBC Radio One Cross Country Checkup and has been a reporter for CBC News for over 15 years. He was part of a CBC Aboriginal investigation into missing and murdered Indigenous women that won numerous honours including the Hillman Award for Investigative Journalism. In 2017, he was presented with an Indspire Award for Public Service. Duncan teaches journalism at the UBC Graduate School of Journalism and Ryerson University, and was recognized by the Canadian Ethnic Media Association with an Innovation Award for his curriculum development. He was awarded a Knight Fellowship at Stanford University in 2011, where he created an online guide for journalists called Reporting in Indigenous Communities (riic.ca). Duncan is also an author, his book is called The Shoe Boy: A Trapline Memoir. Duncan is Anishinaabe, a member of the Chippewas of Georgina Island First Nation, and proud father of two children.

"I’m challenging you to diversify your news sources. Read through the Indigenous media list that we’ve compiled and follow some of these media makers that you didn’t know before. Share with us which voices you’re following that are new to you and link to some of their stories on your social media. "