We challenge you to watch at least one film from NFB’s collection of Indigenous cinema and to write a review of it on the National Film Board of Canada portal or on social media using the hashtag #IndigenousFilm.

As film lovers, we have often looked to film to engage in issues that are new to us, and to learn from those willing to share experiences that are different from ours through the medium - this includes many talented Indigenous movie-makers living throughout Canada and the world. The National Film Board of Canada has compiled its archive of Indigenous films dating back to the 1960s - including short films, feature-length films, documentaries, animations, experimental films, narrative stories and more. This is an invaluable resource not only to film professionals like ourselves, but to artists, students, film-lovers, public servants, educators, parents, business leaders, politicians, community leaders, new Canadians, immigrants and refugees, youth, Elders and anyone in Canada who wants to learn more about Indigenous experiences or who wants to celebrate Indigenous perspectives, art and masterful storytelling

So many of these films are freely available for anyone to watch online - some are available for paid download and even commercial or educational licenses. We challenge you to watch at least one film from NFB’s collection of Indigenous cinema and to write a review of it on social media or on the NFB portal using the hashtag #IndigenousFilm. Share the film with people you care about and use the opportunity to expand your knowledge of the vast diversity of Indigenous experiences on Turtle Island. We strongly encourage you - if you are able to - to also organize a community, school or workplace screening of any of the films that you found powerful. We’ve linked to some resources below that will help you through that process if you’re new to it.

As filmmakers ourselves, all three of us strongly believe in the power of film to convey a message and to share truths. Two of us are non-Indigenous and we’re working hard to be strong allies to Indigenous communities. The process of making Indian Horse required both of us to learn more about Indigenous experiences and perspectives than we maybe otherwise would have. We are grateful to the numerous teachers we’ve had throughout this process - including our dear friend, and the author of Indian Horse, Richard Wagamese, and of course, Paula, our co-producer - for allowing us to make mistakes and for helping us to grow from them. We’re learning that being an active ally is about listening and responding to criticism, and not talking over your teachers. Just as importantly, becoming an ally is also about taking responsibility for your own education on the experiences and perspectives of the communities to which you’re trying to be an ally. Paula and the other Indigenous team members of this project carried a great deal of responsibility to Indigenous communities and to Indigenous audiences on this project. All of the non-Indigenous people who worked on this project, are grateful for their voices, steering this project with us.

Watching films made by Indigenous filmmakers is just one way in which you can take responsibility for some of your learning. If you’re an ally to Indigenous communities on Turtle Island - or if you want to become an ally - the three of us believe that watching Indigenous film is a great way to start or continue your learning. If you’re an Indigenous person and you want to see more stories by Indigenous people in media, we definitely recommend NFB’s Indigenous cinema portal to find that content. Indigenous experiences are varied and vast and these stories are not always told in the broader Canadian context. We hope you take this challenge as one way to bring more Indigenous perspectives, art and stories into your life.

How to Host a Community Screening 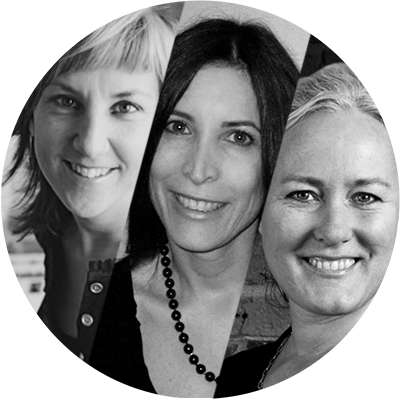 Paula Devonshire is the owner of Devonshire Productions Inc, a Canadian company committed to developing and producing innovative and diverse films and TV Series. She has a business degree from the University of Toronto. Paula is an active member of ImagineNative acting as Treasurer on the Board of Directors and she is a member of the Director’s Guild of Canada and is on the Feature Film Board for the Canadian Media Producer’s Association. Paula is a member of the Mohawks of the Bay of Quinte First Nation.

Christine Haebler is a veteran producer of TV and film. She produces with Terminal City Pictures and Screen Siren Pictures. Christine earned a Best Motion Picture Genie nomination for her first producing venture Hard Core Logo. Her subsequent producing credits include the 10-part television miniseries, Terminal City, for Channel 4 and the Sundance Channel and Peter Greenaway’s Nightwatching, starring Martin Freeman, which premiered at Venice and TIFF - among many other projects. Christine is of settler heritage.

Trish Dolman started producing in the mid-1990’s with award-winning short films and documentary television. She founded Screen Siren Pictures in Vancouver in 1997, and has carved out a niche in Western Canada as a notable feature film, documentary and television producer. In 2003, Trish was the youngest recipient ever to be awarded Woman of the Year from Women in Film and Video Vancouver. She was also honoured as Veuve Clicquot Ponsardin La Grand Dame 2003 Woman of Distinction. In 2010, Trish was named one of the 100 Most Influential Women in British Columbia by the Vancouver Sun. Trish is of settler heritage.

"We challenge you to watch at least one film from NFB’s collection of Indigenous cinema and to write a review of it on the National Film Board of Canada portal or on social media using the hashtag #IndigenousFilm."