I challenge you to learn about the Indigenous languages that are from the place where you live. Explore online resources related to the language, learn how to say “hello” and then introduce yourself to us on social media with the hashtag #WelcomingIndigenousLanguages!

Indigenous people had to hide their languages and the perspectives, worldviews and knowledge systems that the languages contain. For so many years, the languages were hidden and protected; some were lost, some are only now being found again, and some are starting to once more thrive upon these territories. As individuals, we can support Indigenous languages by welcoming them into our lives, utilizing the resources that already exist to learn these languages, and provide support for additional resources to be created and made accessible.

For so many generations learning, speaking or passing on languages Indigenous in Canada was a crime. In Residential Schools, generations of Indigenous youth were subjected to severe punishment and humiliation for speaking or practicing their languages - so much so that even outside of Residential School many were unwilling or unable to pass their knowledge of the language on to their own families. Some feared that their children would be punished or otherwise targeted for their accents or for speaking the languages in mainstream Canada, and others simply did not know the languages anymore in order to pass them on. 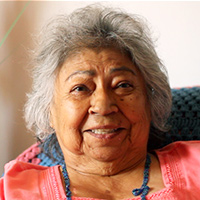 Shirley Williams was born and raised in Wikwemikong on Manitoulin Island and now resides in Peterborough. She received her B.A. in Native Studies from Trent University. She received her diploma in Native Language Instructor's Program, Lakehead University and did her M.A. at York University on Environmental Studies on Language and Culture on Manitoulin Dialect. Shirley has lectured across Ontario promoting Nishnaabe language and Culture.